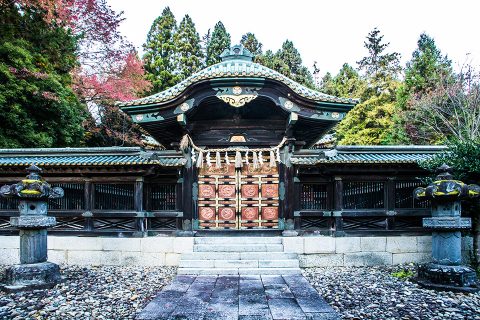 When traveling around Japan, you will often see a wooded area with a thicket of trees, whether it be the center of a big city, in a rural village, or even in the middle of a rice field. There will be a small building inside the grove of trees with a torii gate at the front. This will be a Shinto shrine.

Japan’s landscape has changed along with changing times. Shinto shrines, however, surrounded by a thick cluster of trees, rarely move from their original locations. Even when construction of new roads is planned, shrines would never be removed from their original locations. You will notice that the road in front of Toshogu Shrine is curved to avoid passing through the shrine’s grounds.

Shinto shrines have always had a significant place in history. The Sendai Toshogu Shrine was founded in 1654 by Date Tadamune, the second lord of the Sendai Domain. Construction took five years to complete with a labor force of 800,000. The Toshogu Shrine is located to the northeast of Sendai Castle, which was the political center of the Sendai Domain. In ancient Chinese philosophy, the direction to the northeast was called Kimon (Demon Gate), from where demons were believed to come. Since ancient times, major shrines and temples have been built in the northeastern section of cities, including Edo (present-day Tokyo) and Kyoto. 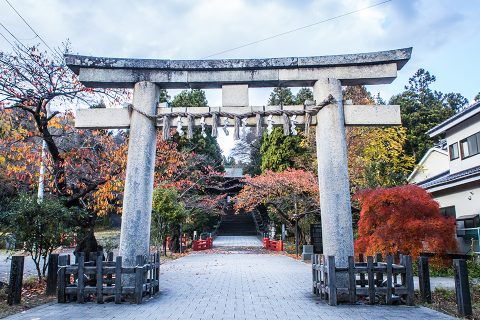 Torii is the gate to Shinto shrines, and symbolizes the boundary between the sacred and earthly worlds. A German architect Schmidt described the torii that he saw on his travels to Japan in 1920. He wrote that he was most impressed by the elegance and beauty of the torii with its simple shape made up of only four parts (two vertical pillars and two crossbeams on top).

The torii of Sendai Toshogu Shrine was built in 1654 and has been designated an Important Cultural Property. It is the oldest torii in Miyagi Prefecture. This torii is made from granite that was mined at Inujima, Okayama Prefecture, an area known to produce granite of the highest quality. There is a dark portion on the upper left section of the torii. This is where it was repaired using stone from Miyagi Prefecture because it collapsed during an earthquake in the Edo Period. The stone used in the repair has become a darker color than the original even though it is newer. 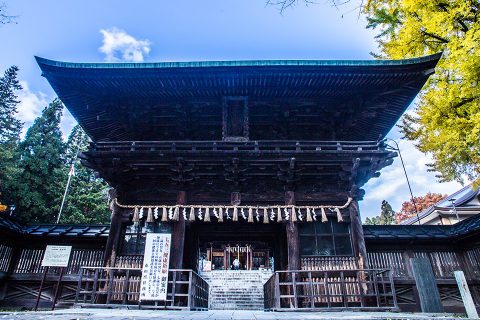 Most buildings in the shrine precinct are made of wood. Architects from the West who visited Japanese shrines about a hundred years ago did not put a high value on Japanese buildings made of wood since they thought that wood was an inferior material that would easily burn and decay.

Shinto philosophy says that worshipping Kami should be continued in the same way it was done at the beginning. When rebuilding a shrine, it should be recreated in the same style as the original using the same type of wood. The shinshoku (Shinto priest) who serves Kami wears a traditional costume, the hakama, which has been their attire for more than a thousand years. The shinshoku serves Kami in the same way at the same time on the same days of the month each year just as it has been done since ancient times. By doing this, the shinshoku prays that the way of life that has been continuing from the time of their ancestors will continue into the future.

Zuijin-mon Gate is a symbol of Sendai Toshogu Shrine, and it can be clearly viewed even while standing at the end of the road that extends far away from the front of the shrine. Two statues of shrine guardians called Zuijin, which are also a kind of Kami, stand on the right and left of the Zuijin-mon Gate. The Kami enshrined in the innermost shrine building does not have arms. Both Zuijin are armed with bow and arrow, and one of them has his mouth open wide (making the sound “aa”) and the other with his mouth closed tightly (making the sound “nn”). “Aa” corresponds to “A” and “Nn” to “Z” of the alphabet, symbolizing the beginning and the end of everything.

The Edo Period that began in 1603 and lasted in peace for more than 250 years finally came to an end. The arrival of U.S. Navy Commodore, Matthew Perry in 1853 became a turning point for Japan and exchanges with overseas countries increased tremendously. There arose an idea mainly in the western part of Japan that the feudal system of the day was out of step with the times. Thus, the Boshin War broke out between the Edo government and the Meiji government. It started in the western part of Japan and the battlegrounds moved gradually to the east.

The area where the Sendai Toshogu Shrine is located played a central role in defending the Edo government in the Tohoku region and fought against soldiers aligned with the Meiji government.

When the Sendai Domain surrendered to the Meiji government, luxurious decorations that adorned the buildings and the Zuijin-mon Gate were removed because they symbolized the Edo Period. 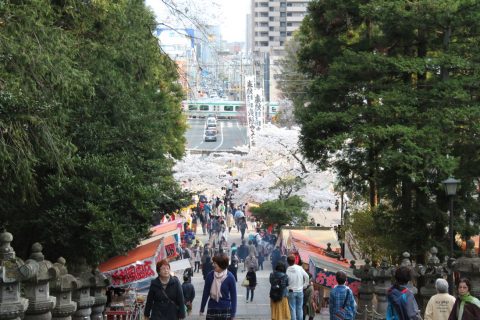 Miyamachi-dori Street extends straight to the south from the Sendai Toshogu Shrine. Along this street is an area called Miyamachi which was established at the same time as the Toshogu Shrine.

Miyamachi-dori Street used to be the longest street in Sendai until about 100 years ago when the street was separated by the construction of Sendai Station.

In the Edo Period, residents of Miyamachi were given a variety of tasks related to the shrine such as cleaning the grounds, maintenance of rice and other crop fields or brewing sake to prepare offerings. In return, they were exempted from taxes. A variety of entertainment including sumo and kabuki were born during the Edo Period. However, the general public was not permitted to freely promote such forms of entertainment. In Sendai, only people residing in Miyamachi were able to promote entertainment events as part of festivals that were held at Toshogu Shrine. 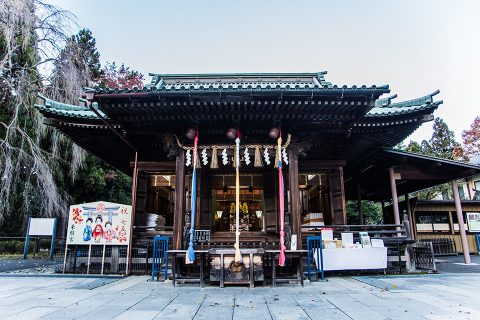 Shinto shrines do not consist of just a worship hall. There is the honden (main hall) where the Kami is enshrined, and in front of the honden is the haiden (worship hall). People pray to the Kami at the haiden.

There are a set of manners when praying at a shrine. First, ring the bell and make an offering of money into an offertory. Next, bow twice deeply, clap your hands twice and offer a prayer, followed by a final bow. You can skip ringing the bell and offering money. From ancient times, Japanese people have used “bowing” and “clapping” as part of rituals. Before the Chinese writing system was introduced to Japan, Japanese people had conducted such rituals. A Chinese document describes the Japanese people clapping their hands for members of the nobility or for items of value.

Beyond the haiden is located the honden where the Kami is enshrined. The Kami of Toshogu Shrine was transported on a mikoshi (divine palanquin or portable shrine) in 1654 from Edo (present Tokyo). Even the guji (Shinto chief priest) cannot enter the honden without reason. At present, the guji is allowed to enter the honden only once a year.

There are several different architectural styles for the honden depending on the lineage of Kami enshrined in the shrine. Honden are constructed using the best materials and the highest technology of the times.

The haiden of Sendai Toshogu Shrine was destroyed by an incendiary fire 70 years ago. It was rebuilt by donations from the people of Sendai. However, many precious cultural properties were lost. Presently, the honden is surrounded by fences to protect it.