For the past 2,000 years, Japanese people have been worshipping Kami, which can be described as deities portraying the forces of nature as well as the spirits of ancestors. This form of worship of Kami, called Shinto, has been handed down through the generations while undergoing diverse forms as it adjusts to changing times. There have been instances of venerated persons in history who were enshrined as Kami. Presently, there are about 80,000 Shinto shrines nationwide, all of which house Kami and have been worshipped by local residents over hundreds of years.

A unique characteristic of Japanese cities is the smooth blend of ancient traditions of more than 1,000 years with modern features of urban life. 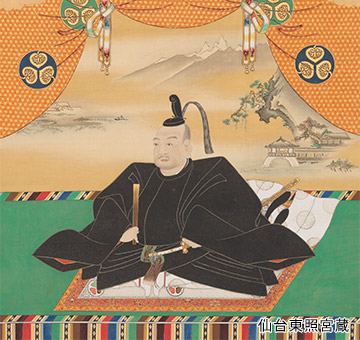 During the Sengoku Period (Warring States Period) that occurred some 500 years ago, feudal lords throughout Japan declared their independence, sometimes fighting one another for control over disputed land and at other times concluding peace agreements, and some even tried to establish ties through marriage. Ordinary people were often impoverished because they were repeatedly conscripted for war.

To bring an end to these wars, Oda Nobunaga, Toyotomi Hideyoshi and Tokugawa Ieyasu came to power to restore peace and unify Japan. These warlords are three of the most famous historical figures in Japan. Oda Nobunaga, followed by Toyotomi Hideyoshi, reunified the country. However, because their policies were not accepted by their vassals, both of their reigns were short-lived.

When Tokugawa Ieyasu won the Battle of Sekigahara in 1600, he moved Japan’s political center from Kyoto to Edo (present-day Tokyo) and started his reign with members of the Tokugawa family succeeding him. At that time, Kyoto was considered the center of Japan and Tokyo was thought to be provincial.

Feudal lords were controlled through various measures to prevent them from starting a war. Consequently, the Edo Period, which lasted for more than 260 years, was a time of peace. Due to its widespread education system, Japan achieved the highest literacy rate in the world, and a variety of cultural movements was born, including ukiyo-e (the art of Japanese woodblock printing). Japan’s modernization progressed smoothly, thanks to the noticeably high level of culture and education among ordinary people in the Edo Period.

Tokugawa Ieyasu was enshrined as Kami at various Toshogu Shrines throughout Japan and the Nikko Toshogu Shrine, which has been registered as a World Heritage site, is the most famous. 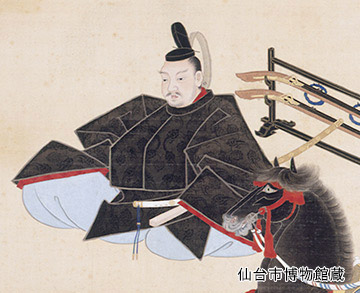 The castle town of Sendai was founded 400 years ago by the feudal lord “Date Masamune.” Sendai was subsequently ruled by 13 generations of lords from the Date family starting with Date Masamune to the final lord who ruled during the end of the Edo Period. The Date family has had enormous influence on present-day Sendai as can be seen through the remains of their many architectural and cultural achievements. Date Masamune passed down his power to his son Date Tadamune, the second lord of the Sendai Domain.

Sendai Toshogu Shrine was built by Date Tadamune, the second lord of the Sendai Domain, to enshrine the spirit of Tokugawa Ieyasu. In the days of Tadamune, Sendai suffered from numerous floods and fires, and was provided with a great deal of support from the Tokugawa shogunate (fires occurred frequently during this era because all Japanese homes were made from wood and people used open fires for lighting, heating and cooking). As a symbol of his appreciation to the Tokugawa family, Tadamune constructed a shrine dedicated to them. The project took five years to complete and used a labor force of about 800,000.

There are more than one hundred Toshogu Shrines in Japan and they all enshrine Tokugawa Ieyasu as Kami.

In the Sendai Toshogu Shrine precinct, five of the original buildings remain, including the honden (main hall). Every year, more than 200,000 people visit this shrine. Japanese shrines hold several festivals every year which are dedicated to their respective Kami.

In the Edo Period, a festival called “Sendai-sai” was held at the Sendai Toshogu Shrine, and there was a procession of mikoshi (divine palanquin or portable shrine) with Kami on board parading throughout Sendai. The mikoshi at Sendai Toshogu Shrine was the largest in the Tohoku region and was carried on the shoulders of 50 people. The mikoshi procession was followed by some 70 floats which displayed scenes from folklore and legends, and thousands of people attended the procession.

At present, the mikoshi is brought out and paraded once every five years.